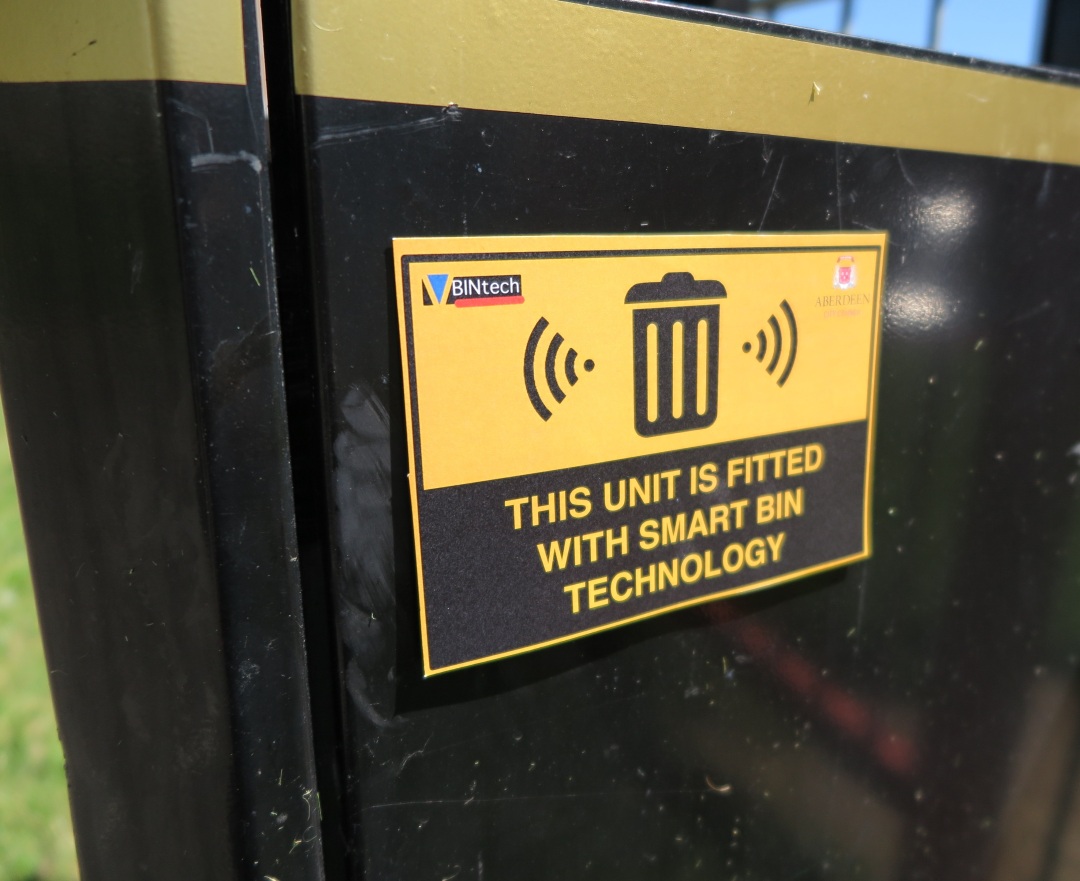 What does the future of IoT technology in communities look like? That was the overarching question posed by our TrustLens community workshop on Thursday 20th July. To address it, we invited a group of local residents and key service providers to St George’s Church, Tillydrone to explore trust and transparency in the Internet of Things.

The event began with some short presentations designed to provide an introduction to the project and some scene-setting about the IoT and personal data (by Pete Edwards and Caitlin Cottrill respectively). Next, the attendees were asked to examine several ‘artefacts from the future’ – design fiction pieces created by our team to provoke discussion around what current, plausible technologies might be used for in the near future, and how they might be introduced into communities. These were generated based on interviews with Tillydrone residents to identify issues that the community felt strongly about; litter and waste was a topic that featured strongly.  And rather than simply being ‘made up’, the represented devices went through the same design process that a real technology might.

Items that the workshop participants were given to look at included;

Future Objects: this smart card opens a bin that we imagined as being installed by the council (no such deployments are currently planned, as far as we are aware)

Each group was asked to respond to a number of questions about their fictional scenario, including:

The last question reflected that the design fictions deliberately left out details. This approach was taken in order to replicate the likely way that community members might receive or see information about objects or initiatives. This process generated a lot of useful discussion.

After each group worked through the questions, they presented their conclusions to everyone. These presentations were followed by the reveal! Full details were given of how each fictional system operated, including the devices it included, data collected, where the data went and who had ownership of it. The larger workshop then reflected whether their views or thoughts changed about the devices and systems.

Finally, after the discussion of fictional futures, we brought things back to the present, considering some real deployments that have already happened or are under development – such as domestic smart meters. How much do people really know about the data these devices collect and the level of control they will have over their data?

We would like to thank the community for coming out for the first of many workshops. The results of the workshop will inform the future of the TrustLens project, as we undertake co-design activities to understand how to develop trustworthy systems for the Internet of Things. We look forward to working closely with the community and sharing our analysis as it progresses.

View all posts by Naomi Jacobs

TrustLens is an EPSRC funded project...